Cambridge United will take on Gosport Borough in the FA Trophy final at Wembley after seeing off Grimsby Town in a tense semi-final.

They drew 1-1 in yesterday's game, but went through 3-2 on aggregate.

"I look forward to being there in Wembley to cheer them on, and hopefully see them bring back the trophy, and then continue with their campaign for promotion." 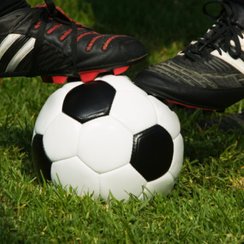 Another fan spoke to Heart about yesterday's semi-final, "What a crazy game that was, I can't believe that we scored early, and then lost the lead.

"I almost had a heart attack a few times when Grimsby pushed, but the rock-solid defence of the U's kept us strong, and that's us at Wembley, can't wait!"

The big match in London will take place in exactly a month's time, on the 23rd March.