Controversial proposals for a new town in the South Cambridgeshire village of Waterbeach are to be submitted to the government.

At a full council meeting this afternoon, South Cambridgeshire District Councillors voted to send their latest development plan to the government for approval.

The plan also includes a new village at Bourn Airfield and a large extension to Cambourne.

An independent Planning Inspector is now expected to examine the plans in the summer.

This is expected to include a series of public meetings. 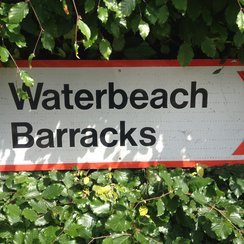 The aspect of the document that includes 8,000 to 9,000 new homes in Waterbeach as controversial as local Councillor James Hockney has led a longstanding campaign against such a large expansion.

Councillor Hockney instead argues that a smaller number of homes would be more appropriate, on the former village barracks site, citing traffic on the A10 and drainage problems as the main reasons against such a large-scale development.

The Bourn Airfield development would comprise of 3,500 new homes.

The extension to Cambourne would mean an extra 1,200 homes.

Councillor Pippa Corney, South Cambridgeshire District Council’s cabinet member for planning policy and localism, said: "The consultations over the last two years have shown us that it is unrealistic to expect to prepare a plan that has complete consensus as we have received views on all sides of the debate.

But this is a good plan which will mean that the new developments will have the services and facilities that they need as well as providing the best opportunity to provide high quality public transport links with Cambridge and the surrounding market towns.

Although an independent inspector will have the final say on whether the plan is sound, we have tried to listen to what everyone has said before agreeing what we believe is best for the area as a whole.

We have had to make some tough choices, but what is clear is that housing is much-needed to support jobs being created here, and to provide homes and a good quality of life for children growing up in the district.

It is good that so many people have had their say as the consultation as the responses we received will be provided to the inspector as part of the Local Plan we submit to Government.

This will give the inspector the opportunity to assess independently all the arguments put forward."

The document also includes plans for: