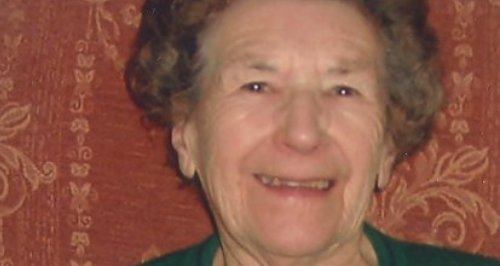 The niece of murdered Wisbech pensioner Una Crown has appealed for help to catch her killer six months after she was found dead in her home.

Judy Payne made the emotional plea today (Thursday 11 July) as detectives returned to Magazine Lane in a fresh bid for information about the 86 year old's death in January.

In a video, which is posted on Cambridgeshire Constabulary's YouTube site, Mrs Payne, 69, said: "I really hope that somebody out there who knows anything, or thinks they know anything at all, comes forward to the police. Six months has now gone by and for us, it's a lifetime. We need answers.

"It's important that they catch somebody as they could be out there and do it to somebody else and that is the last thing we would ever want.

"We wouldn't want anybody to go through what we have been through."

Mrs Crown's body was discovered in her bungalow in Magazine Lane on January 13.

She had been stabbed and then set on fire in an apparent effort to disguise her injuries and destroy evidence.

She had not been seen alive since Friday, January 11, but had spoken to a friend by telephone at about 5pm on the Saturday.

Detective Inspector David Grierson said: "It is six months since this terrible crime where Mrs Crown was murdered in her own home.

"We have a dedicated team still working on the investigation but are urging people to come forward if they have any information which could help us catch her killer. We believe the answer lies in the local community and we need their help.

"We want to hear from anyone who was in the area of Magazine Lane over that weekend in January. Did you see anything suspicious? Do you know a friend or loved one who came home acting strangely, smelling of smoke or had clothing that was burned or had blood on it?

"We still haven't located a murder weapon, most likely a long knife, Mrs Crown's wedding ring and her front door key. Again, if anyone has come across any of those items we would urge them to call police."

A £10,000 reward is being offered by independent charity Crimestoppers for information which leads to the arrest and conviction of the killer.

A 58-year-old man previously arrested on suspicion of murder has had his bail cancelled.

Anyone with any information should call the Major Crime Unit on 101 or Crimestoppers, anonymously, on 0800 555111.