More than 180,000 people are expected to descend on Cambridge as the city hosts stage three of Le Tour De France in July 2014. 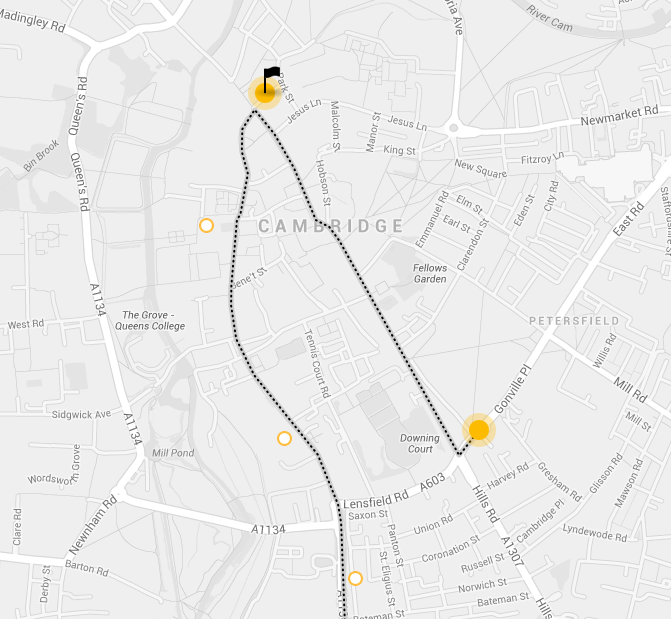 Beginning at 12:15pm on Gonville Place by Parker's Piece, the peloton will ride through the historic city centre via Regent Street and Sidney Street before turning left at the Round Church.

The peloton will then race through the rest of Cambridgeshire via the A1301 taking in the beautiful villages in the south of the county including Trumpington, Great Shelford and Hinxton.

The Tour will then leave Cambridgeshire travelling on to Saffron Walden and through Essex towards London to finish on The Mall in front of Buckingham Palace.

The 101st edition of Le Tour will start on Saturday 5 July 2014 in Leeds before travelling 120 miles to Harrogate, where the first Yellow Jersey of the Tour de France 2014 will be awarded. The next day, the riders will leave York for Sheffield on a tricky 125 mile stage whose final section will include a climb of Holme Moss.