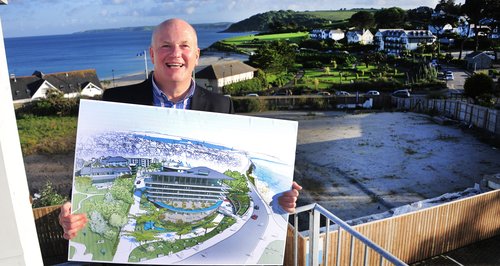 Plans for an iconic new apartment building and expansions to St Michael's Hotel and Spa have been revealed.

The owner of St Michael's Hotel and Spa in Falmouth has revealed plans for hotel expansions, which it's hoped will bring a boost to the local economy.

The new "St Michael's Spa and Wellness Resort" will be created from the existing hotel, and the site of the former Falmouth Beach hotel. 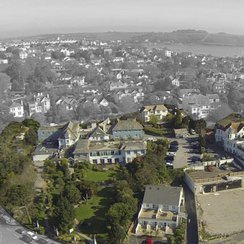 The apartments will be sold with residential consent, and will be managed by the hotel and spa resort.

The building resembles an ocean liner heading out to sea, reflecting the ideals of Falmouth "The Spirit of the Sea". 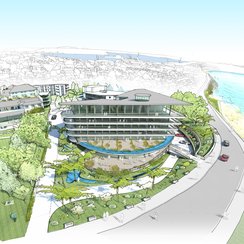 Nigel Carpenter, the owner of the site says they've had great support locally "This is a town which encourages creativity, vision and progress. We hope to develop an outstanding, premium quality resort which will create many jobs for local people and bring a lot of business to the town".

At the moment, there are just over 100 people employed at the hotel, and it's estimated the new resort will employ around 180 local people.

A two storey underground car park will be created, costing £1.8 million, to accommodate 170 cars. The aim of this is to reduce traffic congestion in Stracey Road, Gyllyngvase Hill and Gyllyngvase Beach.

Two retail outlets will also be included on the site, selling Cornish produce. The plans at the moment include a deli and a general store. 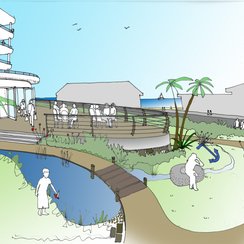 The gardens and landscaping will follow the style of St Michael's and Queen Mary gardens.

The full planning application will be submitted to Cornwall Council later this month, with work due to start in january 2015, if it all goes to plan. It's thought the building work should take around 18 months to complete.