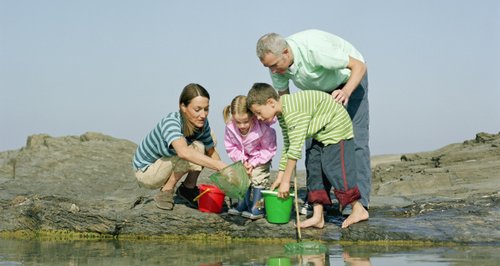 Housing Minister Kris Hopkins told Heart that the issue of Second Homes damaging communities in Cornwall is not the government's problem.

At a new housing development in Lostwithiel, he said that local councils need to take responsibility, and more affordable housing needs to be built for local people.

He said that second home owners boost tourism, and that needs to be remembered.

Phil Hutty, Parlimentary candidate for the Lib Dems for South East Cornwall, says that places like Cawsand and Kingsand are being destroyed by the large amount of second homes.

In the winter months, places are left looking like ghost towns, when "visitors" are not around. Mr Hutty says this causes a huge impact on local businesses, who are finding things difficult, when second homes take over their towns and villages.

The Liberal Democrats say they want to see legislation that will allow local people to say when enough is enough, and stop any more second home owners buying up properties.

One of the options is for a higher rate of council tax for second homes. Deputy Prime Minister Nick Clegg confirmed earlier this week that he's looking at planning options to curb the impact of second homes