Hole Shuts A30 Westbound Near Scorrier 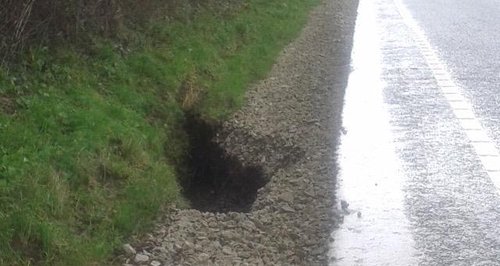 Road users are advised that the A30 westbound is closed between between the A390 at Scorrier and the A3047 at Redruth after a deep hole opened up next to the carriageway.

The hole is approximately four feet across and up to 15 feet deep, and urgent investigations are underway and a mining expert is assessing the situation.

A fully signed diversion route is in place via the A3047 at Scorrier.

“At the moment we do not know what has caused the hole but we are working as quickly as we can to understand what has happened and identify a solution. We hope to have one lane westbound open later today and we will issue an update as soon as we have one.”

Road users are advised to check their route before setting out. Currently there are 15 minute delays in the area.