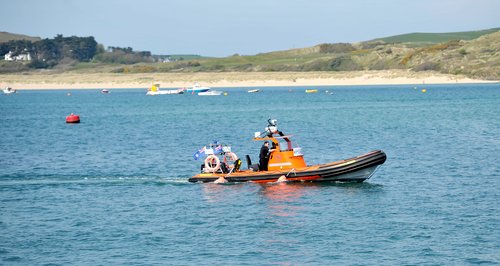 A senior TV executive and his young daughter were killed by their out-of-control speedboat after he took the steering from his wife, investigators found.

Mr Milligan and his daughter Emily died, while Mrs Milligan, 39, and the couple's other children, Amber, 12, Olivia, 10, and Kit, four, were injured.

A report out on Thursday 30th January found the following:

Waterskiing instructor Charlie Toogood leapt from his own boat into the craft to turn off its engine and prevent further harm.
He was subsequently declared a hero for his actions.
Immediately after the accident the Maritime Accident Investigation Branch issued a safety bulletin warning of the "culture'' in which a "significant proportion'' of drivers do not attach the kill cord when the take the helm.

In a statement, the Milligan family said: "We are still coming to terms with this tragic accident which has left us without Nick, a loving husband, father, son and brother, and Emily, whose life was only just beginning.

"We sincerely hope that awareness of this accident will mean that another family does not have to go through anything similar.''