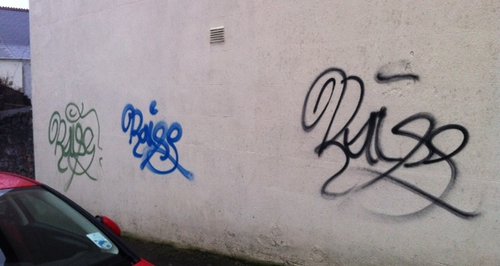 More than a thousand people across Devon and Cornwall have taken part in a consultation process which allows communities to decide how low-level criminals may be punished in the future.

Police and Crime Commissioner Tony Hogg carried out a summer long consultation asking people across the peninsula what sanctions they felt would best deal with those who commit crimes such as antisocial behaviour and vandalism. The consultation was required under legislation outlined in the Antisocial Behaviour, Crime and Policing Act.

A total of 1,022 people took part in the process, either face to face or digitally, and the three most popular responses were that offenders carry out work in the community (18.82 per cent), work to repair damage caused (18.88 per cent), or is subject of more targeted intervention (11.74 per cent).

Mr Hogg and Chief Constable Shaun Sawyer have signed an agreement to formalise the community remedy for Devon and Cornwall.

Where appropriate, victims of low-level crime and anti-social behaviour will have the choice of the following remedies:

*The offender makes a written or verbal apology to the victim;

*The offender makes financial reparation to the victim;

*The offender makes non-monetary reparation to the victim such as repairing damage or completing a task that benefits the victim or local community directly;

*The offender signs an agreement such as an Acceptable Behaviour Contract which can include prohibition from taking part in certain activities or staying away from certain places;

*The offender accepts targeted intervention such as a referral to supportive services;

*Any other bespoke activity agreed by both the victim and the offender.

Mr Hogg said:"The community remedy document has been produced after speaking to over 1,000 people across Devon and Cornwall. It is a victim-based solution which gives communities a stronger voice. It is a clear demonstration of my commitment to be the public's policing representative and that, on matters which really matter to them communities want to play a part in deciding how they are policed.

During the consultation people have been supportive of the plan for the community remedy. Over 700 of those asked said they would be happy with a community remedy if they were a victim of low level crime or anti-social behaviour.

My office will continue to listen to the public to ensure it has a say in policing and to work with the chief constable to ensure the service delivered matches these wishes."