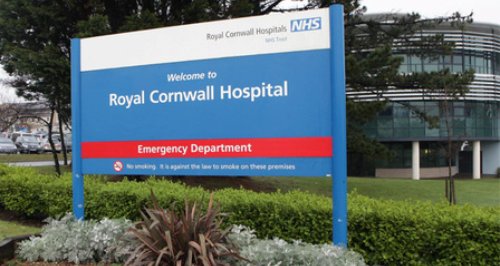 The first person to be diagnosed with ebola while in the UK is being transferred to a specialist hospital in London.

The woman returned to Glasgow from Sierra Leone on Sunday, where she'd been helping treat those with the virus.

Here in Cornwall, a patient's been admitted to the Royal Cornwall hospital at Truro with Ebola type symptoms.

Nothing's been confirmed and the hospital says it's following national protocol and guidelines.

Tests are being carried out, we should know the result in 24 hours.

Below is the full statement from the RCHT & Public Health England:

"A patient has been admitted to Royal Cornwall Hospital and is currently undergoing a series of tests - one of which is for Ebola.

"We do not expect the results to be known for at least 24 hours and in the meantime the patient is being looked after in isolation, following nationally agreed guidelines and protocols to protect the health of our staff and other patients.

"Royal Cornwall Hospitals NHS Trust has been following national guidance around Ebola and made plans in line with advice from Public Health England and NHS England."