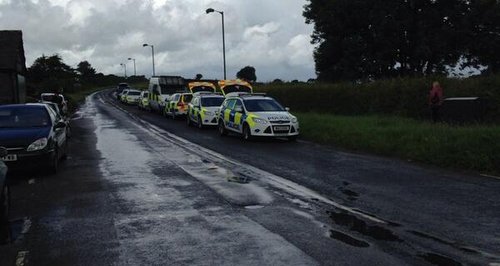 Police have arrested a 60 year-old man, and seized two firearms, following a domestic incident in Cornwall.

A massive man hunt started following a disturbance in the south east Cornwall village of Widegates, near Looe on Thursday evening.

The incident - which lasted for more than 24 hours - saw Trenode Primary school closed as a safety precaution.

Shortly after midnight officers confirmed an arrest had been made.

The man's been taken to hospital for a medical assessment.

Police have thanked the public and local community for their help and say they're not looking for anyone else in connection with the incident.