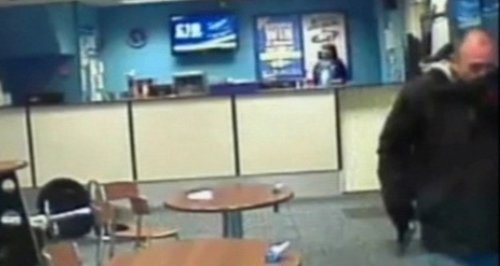 Police in Bournemouth are still hunting an armed robber who raided a bookmakers.

A man entered the shop with his face and head covered and approached a member of staff who was behind the counter. He then threatened the member of staff using what police think was a handgun.

A customer who was also at the counter confronted the offender and as a result received a small cut to his head. No one else was injured.

The offender then left Coral and was seen running up Latimer Road.

He is described as a white man who is bald on the top of his head, and was wearing a black top and a grey hoody. He had a smooth black scarf around his face.

"It is thought that after the incident he got into a silver Skoda Fabio and may have been with a black man who was seen acting suspiciously at the time.

"Following enquiries I am now able to release a CCTV image of the suspect.

"I would ask him or anyone who recognises him, to contact me urgently."