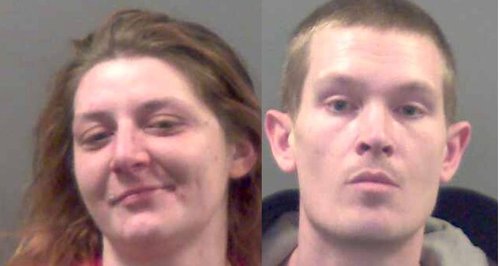 A man and a woman from Bournemouth, who violently robbed a couple at their home, have each been jailed for 12 years.

Leanne Mayers, 29, and Matthew Edwards, 33, both of no fixed address, pleaded guilty to robbery at Bournemouth Crown Court in July and were sentenced on Friday (29 August) at the same court.

Evidence was heard that at approximately 8.30pm on Monday 3 March 2014 Mayers and Edwards visited an address on Parsonage Road and were allowed entry by the occupants.

Mayers and Edwards then demanded money from the victims and assaulted them before taking two mobile phones, house keys and medication.

“This was a vicious robbery that left one of the victims with a very severe and painful injury.

I am pleased with the outcome of the sentence and hope it shows the serious way in which the courts deal with such crimes.”