A Dorset yacht company has been sentenced for safety failings relating to a fire that ravaged a famous tall ship and almost killed a worker.

Rolf Kitching, 45, from Portsmouth, sustained 40 percent burns to his upper torso and head and was hospitalised for four months as a result of the incident at Hythe Marina in Hampshire on 10 June 2008.

He was found unconscious following a severe fire that broke out on board the Malcolm Miller tall ship as it was undergoing a major refurbishment. The schooner, which was badly damaged, was previously used as a training vessel after being built in the 1960s with part-funding from former Mayor of London Sir James Miller.

Welder Mr Kitching was employed by a separate company, and was working in a saloon area on steelwork that had been sprayed with insulation foam when the fire broke out.

He is unable to recall, and no one else knows, what happened next, but he was found unconscious after fellow workers risked their lives entering the blazing vessel to rescue him. So extensive were his burns he wasn't expected to survive.

Although he pulled through, he is still too ill to work and is reliant on medication.

An investigation by the Health and Safety Executive (HSE) found that hot work on board the ship was poorly controlled and managed by YPAL and Allan Foot.

The court was told the incident could have been prevented had better systems been in place.

Issues included inexperienced workers not being given sufficient information, and a lack of instruction or training on the risks of hot work. There was no fire watch in place at the time of the incident, and emergency arrangements were poor. A small fire that had occurred earlier the same morning was not investigated or properly dealt with.

Yacht Project Associates Ltd, of Ringwood Road, Sopley, Christchurch, was fined a total of £25,000 and ordered to pay £65,000 in costs after pleading guilty to two separate breaches of the Health and Safety at Work etc Act 1974.

The same two charges against Allan Foot, of the same address, were left to lay on file.

"We will never know the exact circumstances of what happened on board the Malcolm Miller, but the end result is that Mr Kitching has suffered acutely painful trauma and years of ill health as a result of an incident that was preventable.

"The fact that nobody was killed in the fire, or that other workers weren't seriously injured as well, is purely a matter of luck.

"The system of work was clearly unsafe, and should have been better managed by Yacht Project Associates and Allan Foot as principal contractors.

"All hot work poses risks, especially in a confined area where toxic and flammable substances are present. A suitable and sufficient risk assessment is a necessity, and the work must be carefully controlled at all times."

Further information on working safely when undertaking welding and other hot work can be found online at www.hse.gov.uk/welding 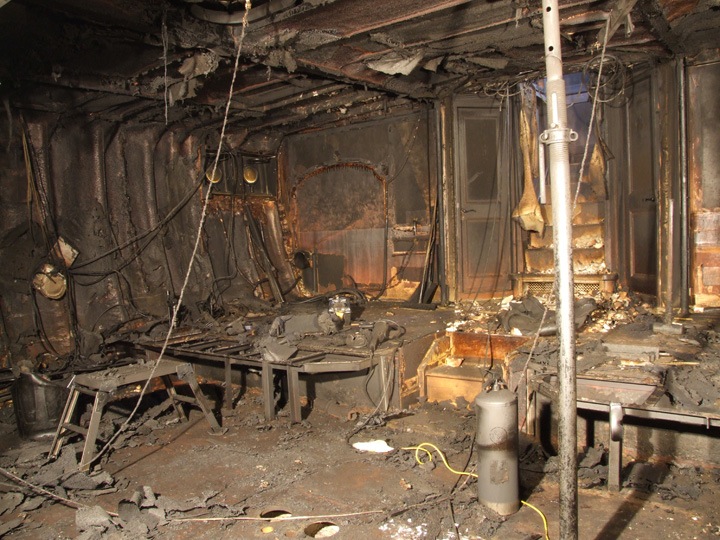