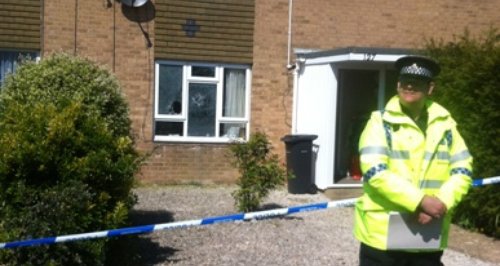 A man, charged with attempted murder after a gun was fired into a house in Bournemouth, is due in court later.

It happened at an address in Jewell Road on the Townsend Estate, at 12.30am on Wednesday 16 April. A window at the front of the property was damaged.

A 48-year-old local man, who was inside the property, sustained a pellet injury to the his body and was taken to hospital. He was later released.

24-year-old Ethan Stanley from Hamilton Road in Bournemouth has been charged with attempted murder, possession of a firearm with intent to commit an indictable offence, affray and possession with intent to supply a controlled drug.

He will appear at Winchester Crown Court on Friday 25 April.

Witnesses and anyone with information should call Dorset Police in confidence on 101, quoting incident number 16:001. Alternatively, call the free and anonymous Crimestoppers line on 0800 555 111 where mobile phone tariffs may apply.