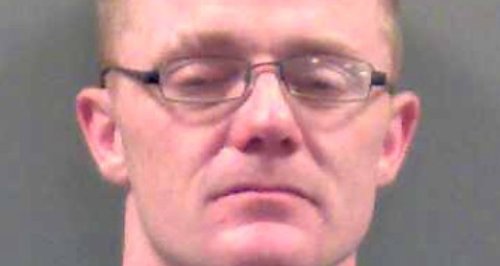 A 34-year-old man from Bournemouth has been convicted and sentenced to life in jail for murdering a dad-of-one.

Stephen Gibbs will serve at least 12 years behind bars before being considered for release.

He was convicted and sentenced today, Thursday 20 March 2014, at Winchester Crown Court.

The court heard evidence that on Saturday 7 September 2013 Gibbs was at an address at Luckham Road in Bournemouth together with his mother and the occupants of the house, Roger Tett and his partner.

Later in the afternoon an argument began between Roger Tett and Gibbs over Gibbs’ use of drugs in the property. The two men began to fight during which Roger Tett fell to the floor and became unresponsive.

Gibbs continued to kick and punch him causing him to sustain serious head injuries He was taken to Southampton Hospital by air ambulance but sadly he never regained consciousness and died two days later.

“This is sadly another case whereby a tragic and unnecessary death has been caused by extreme violence fuelled by alcohol and drugs.

“I commend the initial action by police at the scene and their efforts to locate and arrest Gibbs so promptly, thereby preserving vital forensic evidence. I also commend the cooperation of witnesses in very difficult circumstances.

“I can only hope that the conviction of Gibbs can bring some degree of comfort and closure to the family and partner of Rodger Tett.”

“Roger was a loving father, son, brother and uncle who we will miss every day.

“He was a bright shining light taken away too early in life for doing the right thing..

“Roger hated drugs and what they did to people and he paid for this with his life.

“We are so proud of you Roger.”