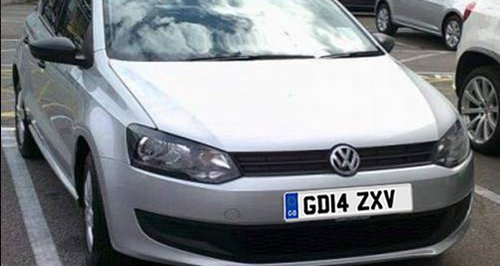 Detectives investigating an attack in Poole have released details of a car they are trying to trace.

Police were called at around 10am on Thursday 13 November 2014 to the viewing point in Sea View Road following reports that a man had been struck by a car and assaulted by several men from the same vehicle.

The vehicle involved in the incident was described as a silver VW.

The victim, a 33-year-old Poole man, sustained a leg injury and was taken to hospital for treatment.

"As part of our investigations, I am now in a position to release details of the vehicle we believe to have been involved in this incident.

"We are now looking to trace a silver VW Polo registration number GD14 ZXV. The car was hired from Europa in Liverpool in November.

"We believe this car may still be in the Poole or Dorset area and it is possible it may now have false number plates on it.

"I urge anyone who knows the whereabouts of this vehicle to get in contact with me.

"I am also keen to hear from anyone who has seen a silver VW Polo parked in suspicious circumstances in their community or a similar car which is not routinely parked in their road and may have damage to the front of the car.

Five men - an 18 and 22-year-old from Liverpool, a 19 and 29-year-old from Runcorn in Cheshire, and a 30-year-old from Bournemouth - arrested on suspicion of conspiracy to cause grievous bodily harm have been released on police bail pending further enquiries.