An experiment took place in Bournemouth at the weekend to find out just how much rubbish is picked up after us.

From Saturday 16th November until 10am on Monday 18th November, only half of Horseshoe Common was cleared of litter.

The rest was deliberately left untouched.

The experiment is in support of the Keep Britain Tidy Group’s anti litter campaign, 'Which Side of the Fence Are You On?', with people being asked which side of the waste divide would they like to be on.

“As a tourist town Bournemouth prides itself on its appearance but it takes an extraordinary amount of effort and resource to ensure our streets, beaches, park areas and open spaces are kept clean and tidy.

"Most of our cleansing operations are done during the late evening or very early mornings so the vast majority of people are unaware of the scale of the issue.

"We hope this experiment will help drive home just how big the problem is and encourage everyone to dispose of their waste responsibly.”

Bournemouth Borough Council spends almost £2.7million a year on street cleaning across the whole town and a further £158,000 in its parks.

In an average year around 700 tonnes of litter and waste is collected from Bournemouth town centre alone. 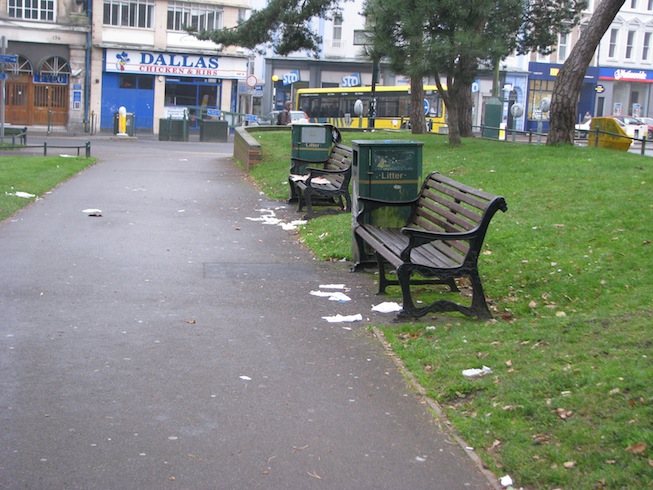