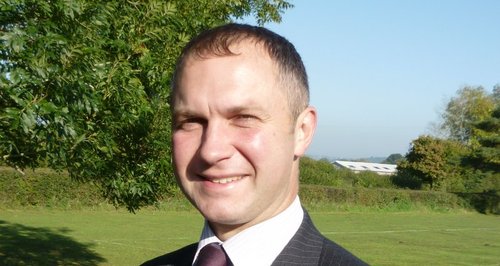 The cyclist who died in a fatal collision in Dorchester on Thursday 8 January 2015 has been named by the family.

At 6.43pm a two vehicle fatal road traffic collision happened on the B3147 at Dorchester between the Weirs roundabout and Loders garage.

Paul Miller, 46 and from Dorchester, was cycling toward the town when he was struck from behind by a black-coloured Fiat car travelling in the same direction.

He sustained fatal injuries and sadly died at the scene.

The driver of the Fiat car, a 62-year-old man from Dorchester, was treated by paramedics at the scene before being taken by ambulance to Dorset County Hospital where his condition is described as stable.

The road remained closed for several hours while collision investigators examined the scene.

Mr Miller was cycling home from St Andrew’s Primary School in Yetminster where he was a popular headteacher.

“We are devastated to announce Paul’s death in a tragic cycling accident on the evening of Thursday 8 January 2015.

“Paul and his family have lived in Dorchester for four years and Paul worked as headteacher of St Andrew’s Primary School in Yetminster.

“Paul was a keen cyclist and avid music and rugby fan. He will be much missed by all who knew him. Paul’s wife and three daughters are being comforted by family and friends and request that their privacy is respected at this difficult time.”

Dorset Police are appealing for anyone who witnessed the collision or manner of driving or cycling prior to the incident to call Police Constable Tim Gooding of the Dorset Police Traffic Unit on 101.