Woman Robbed At Knifepoint In Bournemouth 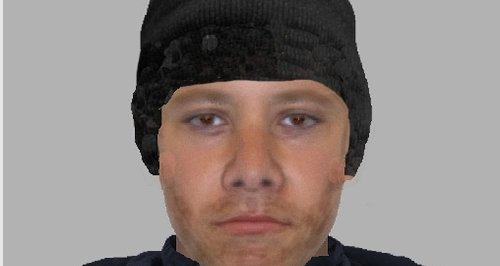 Detectives are looking for a man who robbed a woman at knifepoint in Bournemouth.

Officers are appealing for witnesses and anyone with information to come forward – with an e-fit of the offender being released.

The incident happened at approximately 8.45am on Monday 3 March 2014 as the victim was walking along Glenferness Avenue.

The victim, a woman in her 20s, was approached by an unknown man who asked her for money but she told him she did not have any. He then threatened her with a Swiss army knife and demanded her bag. She gave her bag to the offender and ran away before calling the police.

“This was a distressing incident for the victim. I am now able to release an e-fit of the offender I am keen to identify as soon as possible.

“I would urge the man pictured – and anyone who recognises him – to contact Dorset Police.”

He is described as approximately 25 years old, about five foot ten inches tall with big shoulders. He was wearing a black beanie hat, a black jacket, stonewash jeans and black trainers.

“I am appealing for anyone who recalls any suspicious activity in the area at the time and anyone with any information about the man responsible to contact police.”

Witnesses and anyone with information should call Dorset Police in confidence on 101 quoting incident number 3:69. Alternatively, call the free and anonymous Crimestoppers line on 0800 555 111 where mobile phone tariffs may apply.