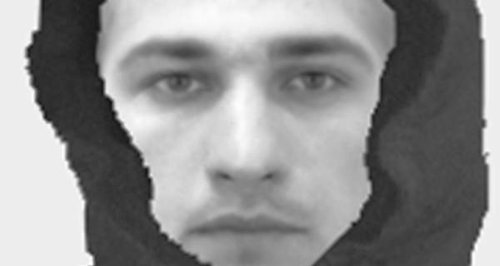 Police have released an E-Fit image of a man they want to speak to after a woman was robbed at knife-point in Dunstable.

It happened at 1.30pm on August 2nd at a house in Seamons Close.

After refusing, she was tied up with a telephone cable and threatened with a knife.

They got away with thousands of pounds worth of jewellery.

They've been described as being Eastern European men

Two were wearing masks over their faces, the E-Fit has been put together to match the description of the third

He is thought to be in his mid-20s, around five feet eight inches tall, wearing dark clothing and jacket with a hood pulled up.

Detective Constable Surfraz Hussain, who is investigating the incident says:

"This was a terrifying experience for the victim and it is extremely concerning that a pensioner appears to have been targeted in such a manner.

"I would urge anyone who saw anything suspicious in Seamons Close on the day of the robbery or anyone who has any information about the offenders to get in touch.”