This image appears in the gallery:
Fire Death Man Stabbed 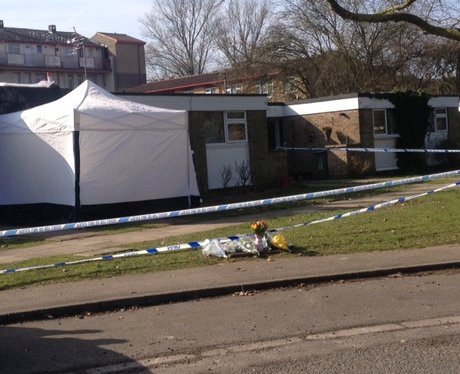 Pictures of the scene in Hemel Hempstead, Hertfordshire, after the death of Thomas Baird, 63, on Saturday 2 March 2013. A post mortem examination revealed he had died as a result of stab wounds to the chest and other injuries to his head and neck. The emergency services had been called to a fire at his bungalow on Westerdale just after midnight on 2 March.