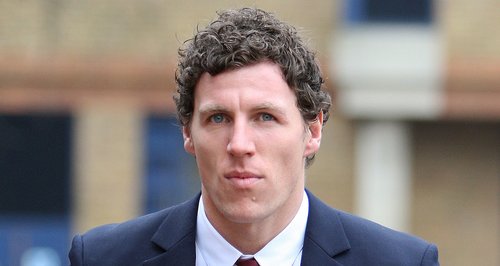 Darius Henderson who plays for Nottingham Forest cried in the dock when he was cleared of assault charges from a night out in St Albans.

The striker from Markyate in Hertfordshire claimed he acted in self defence when he punched a man twice outside a restaurant on New Years Eve.

The 32 year old was out with his girlfriend when  he punched 42 year old John Bell.

He suffered a fractured cheek bone and a cut to his eye socket.

CCTV played to the court showed Mr Bell, who admitted he was drunk, appeared to be unsteady on his feet.
Henderson was seen to throw two punches.
The footballer told the jury he thought he was going to be hit and that he acted in self-defence.
He said: "Even though he was smaller than me I was worried about what he was going to do. He put his head next to mine. I stood up to push him away.
Asked by his barrister Sean Minihan why he threw a second punch, he said: "In my opinion he was still a threat."