Police are currently in attendance in Oatridge Gardens, Hemel Hempstead after receiving a report of a sink hole appearing in the road at 7.30am today (Saturday, February 15).

The hole, which is in a residential cul de sac, has mainly affected the road. However, seventeen properties have been evacuated for the safety of residents in the area.

The hole is approximately 35ft wide and 20ft deep. 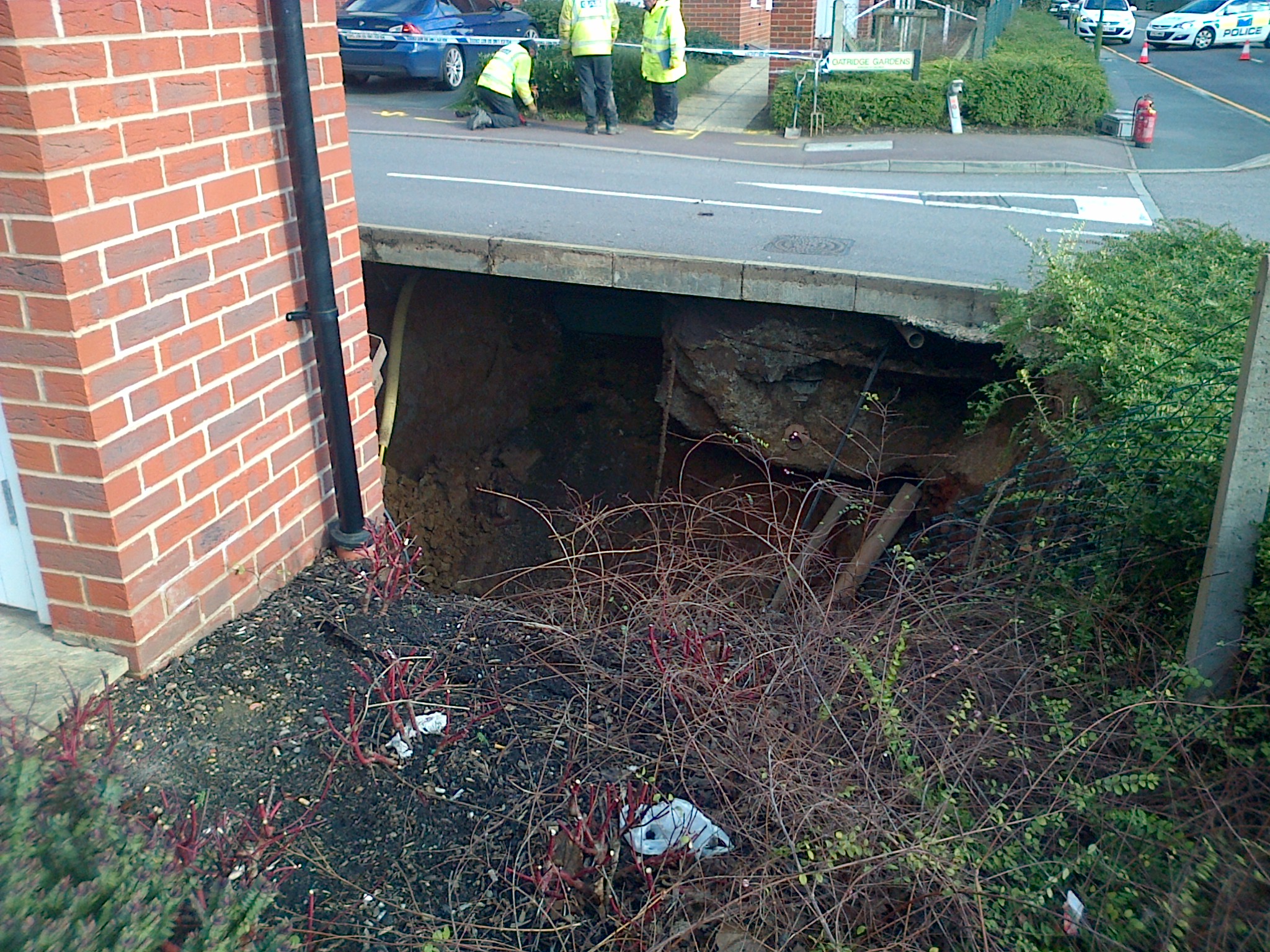 Police are working with partner agencies, including Dacorum Borough Council, specialist structural engineers and utilities companies to assess the situation. The road, and surrounding roads, have been closed for the safety of residents and whilst agencies work at the scene.

Our reporter Amy Woodfield was allowed to get through the outer cordon to inspect the the sink hole at closer quarters: 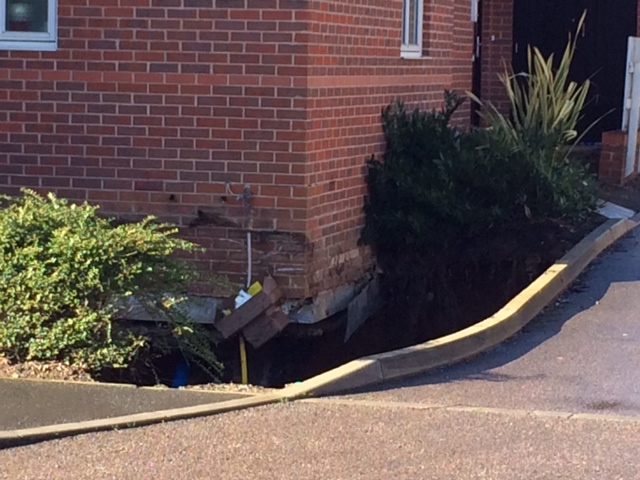 One of the residents was a heavily-pregnant woman. Her partner was briefly allowed back into their semi-detached home to collected items needed for the birth.

Their home and the neighbouring attached property are likely to be demolished because of severe structural damage with cracks appearing in the wall.

Herts Police said they were working with Dacorum Borough Council, specialist structural engineers and utilities companies to assess the situation.

The road, and surrounding roads, were closed. Gas supplies were cut because of fears that pipes would rupture.

The 2, 3, and 4 bedroom houses were built 5 and a half years ago and are rented or under shared-ownership with the Hightown Housing Association.

Carla Rance, 35, who lives next door to the houses that face demolition, said: "We have had problems for the past four weeks. There has been subsidence and my porch collapsed. There has been a lot of movement and I have not felt safe in the house for some weeks.

"We had had insurance assessors round. They are trying to sort something out with the Hightown Housing Association and Jarvis the builders.

"I was woken at half past seven by the police who said there was a sink hole. They told me and the children to get out. My husband had already gone off to work. The children have got round to my mother in laws. I am not allowed to go back in for any belongings or to get my car. It is extremely upsetting. We may end up in the Travelodge, but I can't even get back inside to get my purse."

Councillor Graham Adshead inspected the hole first thing this morning. He said: "If the house is not pulled down, it will fall down. There is nothing underneath it. The entire corner of the house is unsupported. The road is basically a bridge and the house has nothing supporting it.

Taxi driver Jeff Bray, 58, whose flat overlooks the hole, said: "The police knocked on my door at 7.45 this morning to say the houses were being evacuated. It was quite a shock, but this isn't the first sink hole in the area. They have been trying to fill one in down the road for years.

"It looks as if two of the houses are going to be demolished because of the damage. One woman who lives there is expecting a baby any time and the police allowed her partner back inside for a while to collect her things."

Another resident, who did not want to be named, said: "It was a hell of a shock to be woken up and told that a 20 feet deep hole has suddenly appeared in the street. It is massive. You can understand why they want the people out of there."

Andrew Abbott, who was lodging in the corner house until he moved out on Friday night, said: "I came to get some things out of the freezer but I won't be getting in there now."