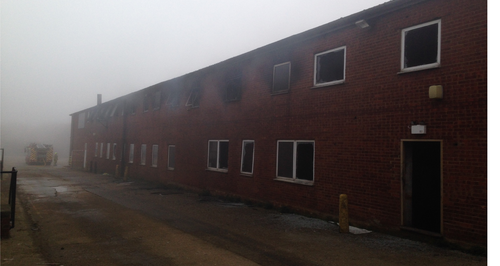 Crews have been tackling a huge building fire at a recycling plant in Hitchin.

Firefighters have been dealing with a huge building fire in Hitchin overnight.

They were called to the Winters recycling plant in the industrial unit on Hunting Gate at around 9.30pm last night.

25 firefighters were needed to tackle the blaze and four appliances.

They're still on scene damping down the site, as small pockets of fire are still burning.

Heart's been told fire crews are expected to be there all day, to check the area is safe.

No one's been hurt.