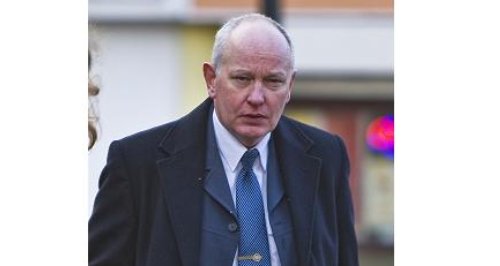 A Police Community Support Officer who shone a laser pen at a police helicopter over Luton has been ordered to do 240 hours' unpaid work.

The helicopter pilot was forced into taking evasive action, turning the aircraft 180 degrees, after being dazzled by the beam at 800ft late one night in May 2013.

When colleagues of the crew on the ground eventually traced the source of the beam, they found PCSO James McIvor (pictured) still outside his home.

He claimed he was using the laser pen to attract the attention of his elderly cat.

He appeared for sentence on Tuesday 4 February 2014 after he was convicted by a jury before Christmas of acting in a negligent manner to endanger the safety of an aircraft.

Judge Philip Bartle told McIvor that when the green laser light struck the cockpit of the helicopter at around 1.15am on the morning of 20 May 2013, the pilot had been temporarily blinded by the glare and couldn't rely on his instruments.

Instead, said the judge, he had had to look out of the window to manoeuvre the helicopter to safety.

"If a a pilot is blinded by light he can't steer it into position; he might not know if he is the right way round."

Judge Bartle added "As the pilot said, he had to have his wits about him."

The effect of the laser strike on the helicopter that morning meant the pilot's vision had been "interrupted," said the judge.

"He had to position it out of harms way turning 180 degrees, " he added.

The judge said "Fortunately because of his skill no harm was done to the helicopter and the crew."

During the trial the court was told a police helicopter, an EC 135 with a crew of three people on board, had been deployed over the Marsh Farm estate in Luton in the early hours of 20 May 2013 following reports that a firearm had been discharged.

At the time there had been a spate of shootings in the area.

As the helicopter hovered at a height of 800 feet over the estate, police officers were on the ground also trying to locate the gunman.

The crew were trying to assist colleagues on the ground to pinpoint where the shots may have been fired from.

For some six minutes the beam was being shone intermittently into the night sky.

Eventually the crew having manoeuvred the helicopter safely away from the beam were able to pin point from where it was coming from and officers on the ground were directed to outside McIvor's home Icknield Way, Luton.

They arrived there to find him still outside and claiming he was using the pen to try and attract the attention of his elderly cat that was on top of a garage.

At McIvor's trial he was acquitted of a charge of recklessly endangering the safety of an aircraft.

The court heard McIvor, who had once trained to be a fireman, had been a PCSO with British Transport Police since 2008.

Mr Martin Robertshaw defending said his client faces a disciplinary hearing in front of his bosses later this month.

"There is a substantial risk he will lose everything" said the barrister.

The court heard McIvor was highly regarded by colleagues and friends and had devoted his life to working in the community.

Judge Bartle sentenced McIvor to a two year community order and told him he must carry out 240 hours of unpaid work. He was told he must also pay prosecution costs of £3,500.