Heart is trying to go behind the headlines with an exclusive survey into how safe people feel in Luton.

It's after 10 shootings in the Bedfordshire town since the start of 2013.

It's just over a month since the last shooting happened on Leicester Road near its junction with Dunstable Road.

We spoke to people on the streets of Luton and also online and asked them 8 questions. They threw up some interesting findings.

Firstly a significant number of people (46%) thought Luton WASN'T a safe place to live - but when asked about their personal safety, 60% of people said they feel as safe, or indeed safer, than they did this time last year.

Pride in Luton is high with 45% of people saying they were proud to live in the town compared to 31% of people who weren't but 23% of people were neutral.

We also asked if people thought Bedfordshire Police were doing all they can to tackle gun crime. 41% of people were supportive. When we asked about Luton Borough Council doing all THEY could that number fell to 17%.

And the decision to put armed police on the streets received mixed feelings. 37% said it made them feel safer - 40% said it didn't and 22% weren't sure.

We spoke to Chief Superintendent Mark Turner from Bedfordshire Police. He told us, "60% of people feel safer or as safe. Given everything we've gone through, the fact that we've had wall-to-wall media coverage of everything that is going on I think it's quite surprising. I find when I go out there and talk to people, even in the communities worst affected by this, people are just determined to get on with their day-to-day lives and determined that this very small minority is not going to get away with changing the way they live their lives."

So here's the information. You can make up your own mind and we'll be doing the survey again in 6 months time to find out how people's opinions have changed. 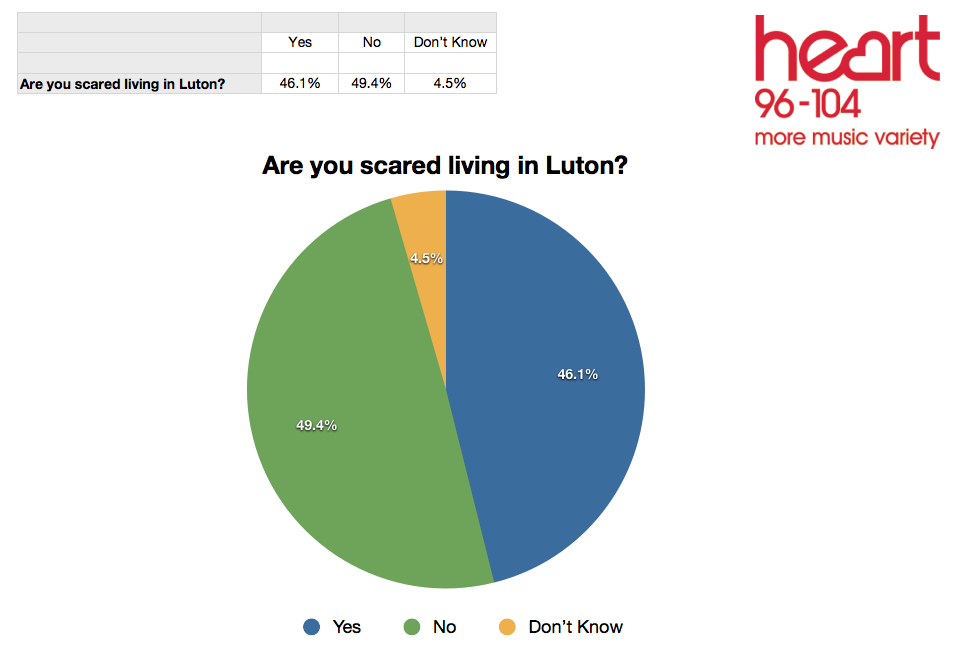 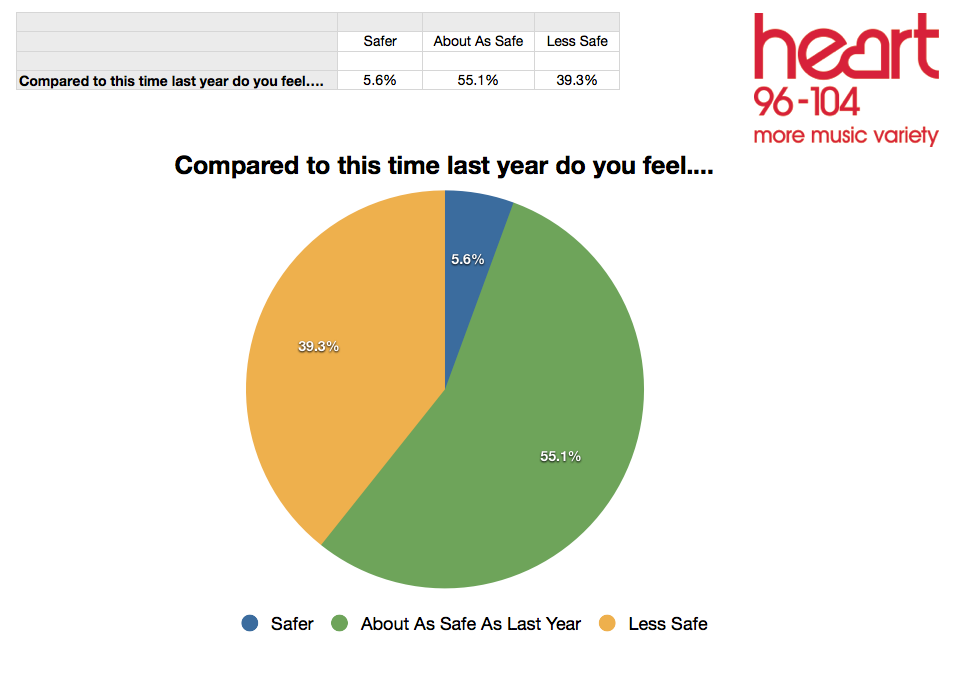 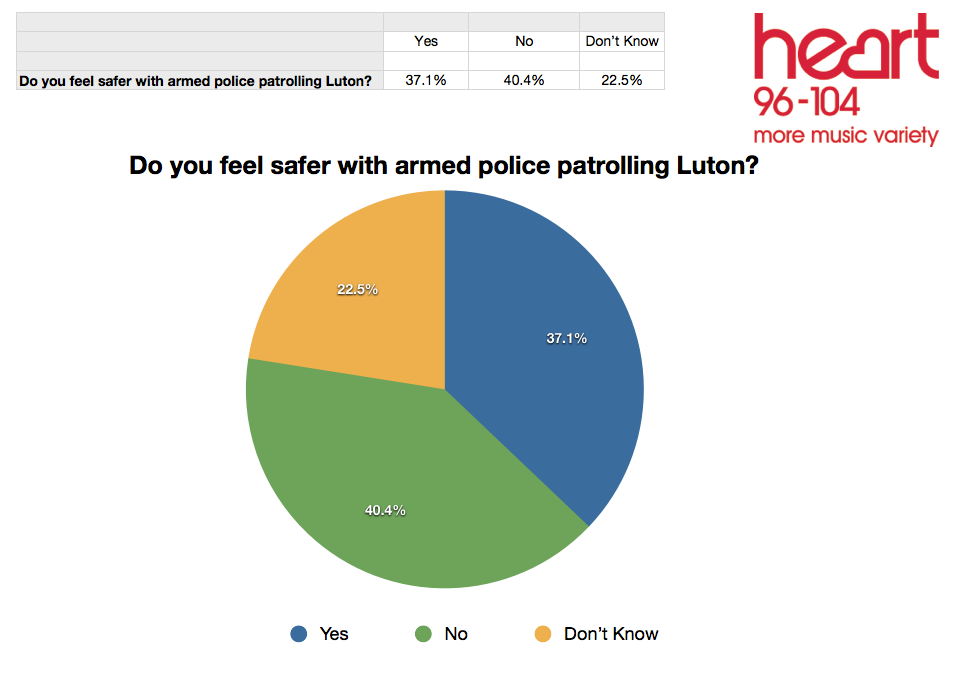 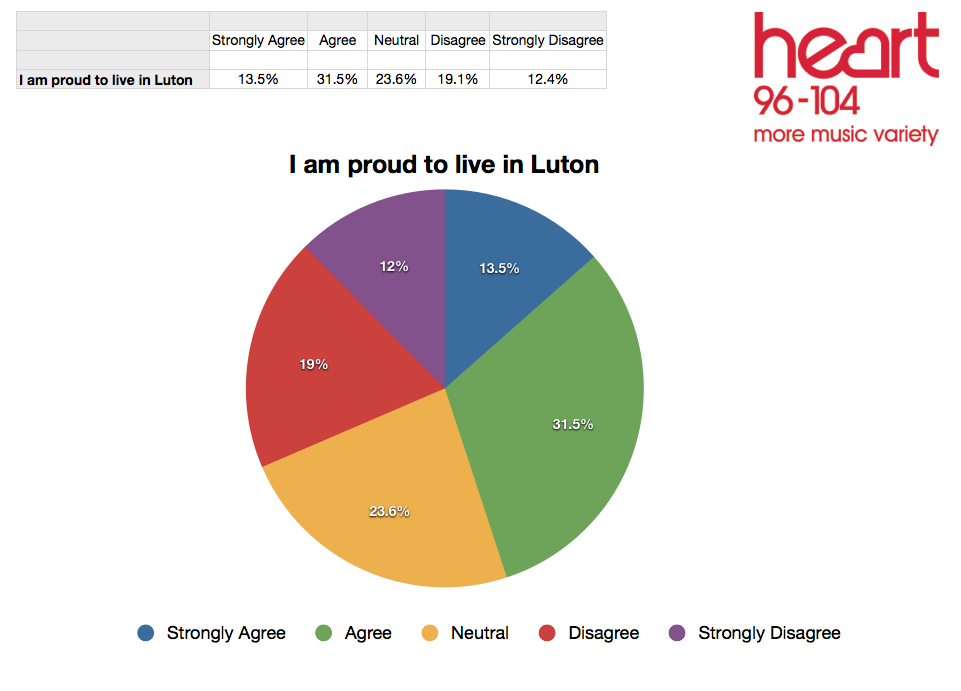 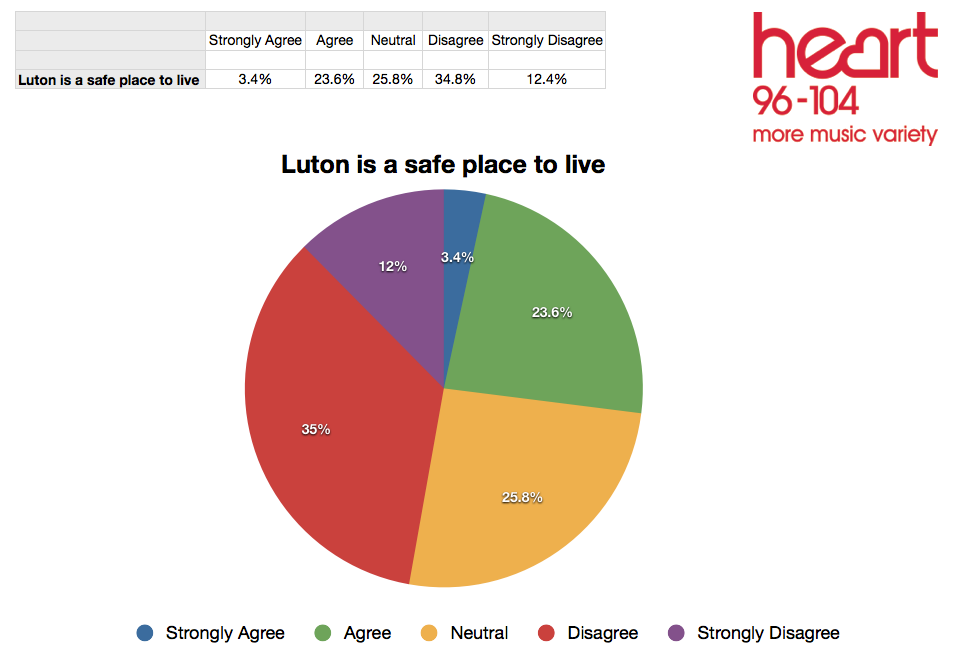 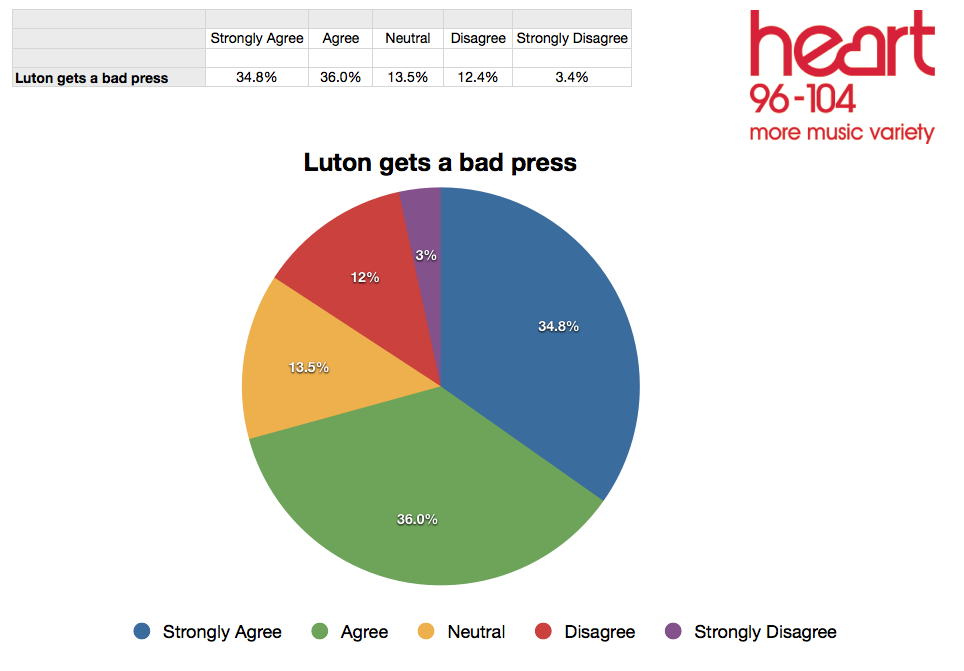 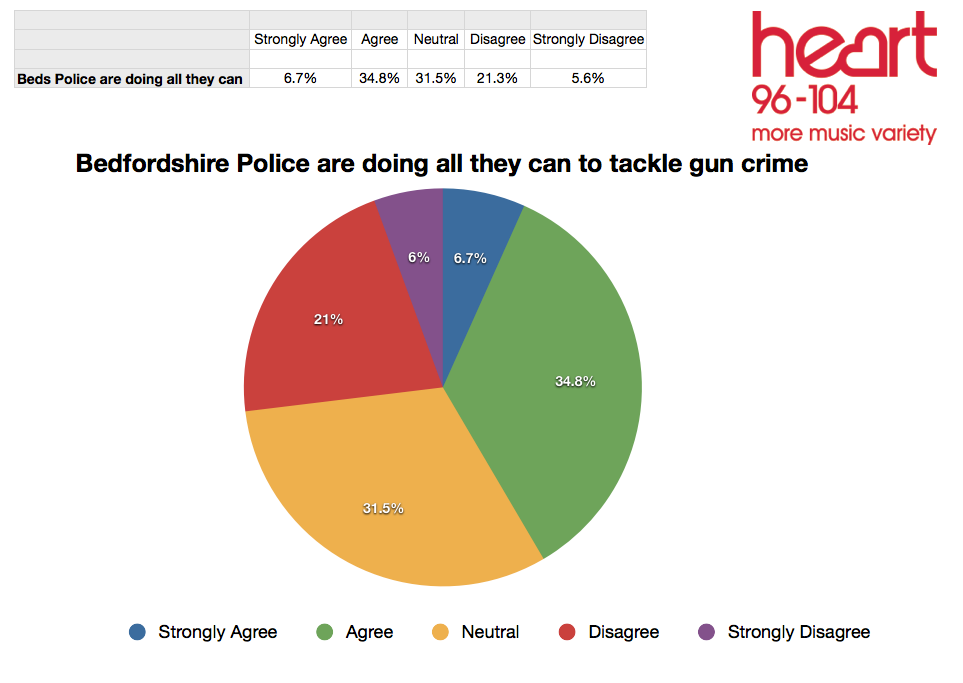 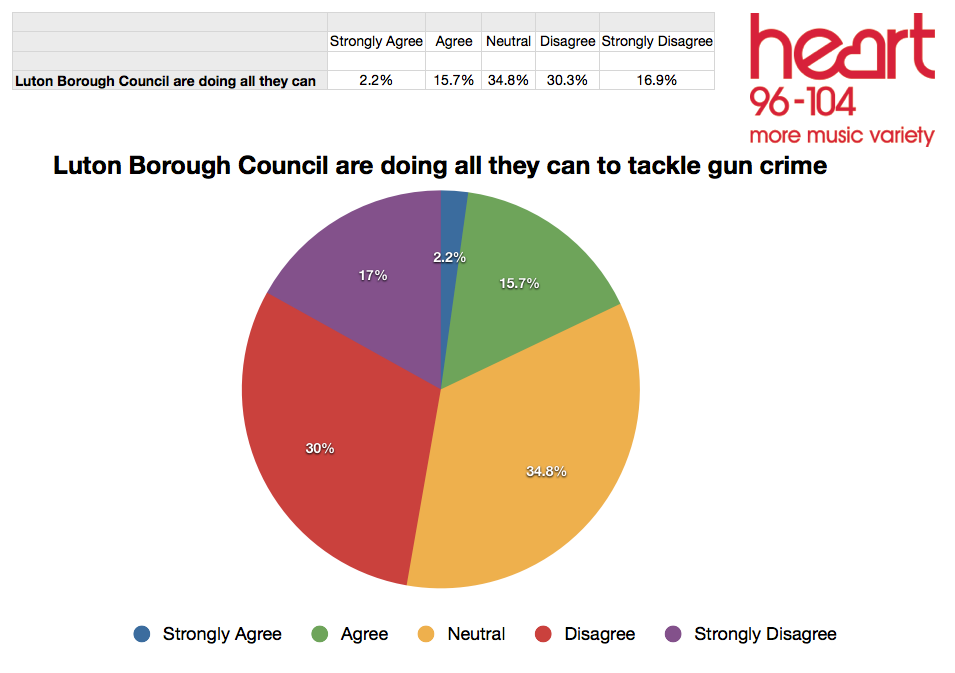