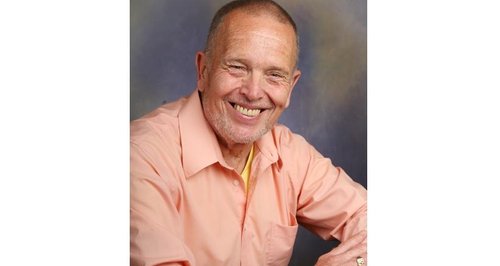 The man whose fall from a bridge over the M1 in Hertfordshire, which led to the death of a Good Samaritan who stopped to help, was suffering from depression his family said.

Alan Trethewey, 67, from Watford, fell from the parapet on Bucknalls Lane bridge on the northbound carriageway between junctions 5 and 6 on Thursday morning.

The Good Samaritan, Spencer Bell (pictured), 71, stopped his car to help and was killed when he was struck by another vehicle.

In a statement issued through Herts Police Mr Trethewey's family said: "Alan Trethewey was a much loved husband of forty years, dad to two and granddad to three grandchildren, who all adored him. He was a caring family man who lovingly gave support, time and a warm stable home to his wife, son and daughter. He had been ill for a period of time and sadly died following a bout of depression. We will miss him."

Earlier it was revealed that Mr Bell had been presented with a diamond award for a 100 blood donations. He and his wife ran the K9 Dog Training School in Bushey near Watford.

They also rescued thousands of battery hens and were involved with Corfu based Ark Dog Rescue.

Mr Bell's family said: "Spencer was the most loving, funny and generous person. Everyone who knew him loved his quick wit and kindness. We cannot imagine life without him, he always had a smile on his face and loved life.

"Knowing he died in such a selfless way is no comfort. But we would not have expected anything else of him. He loved and was loved dearly, by his wife Wendy, his three children, sons in laws, seven grandchildren and three great grandchildren."