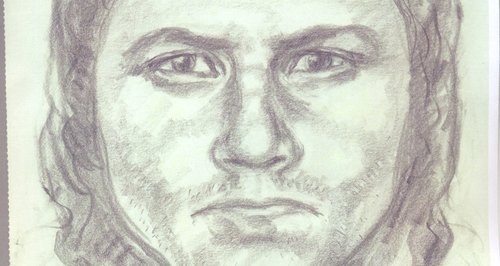 A senior detective from the Bedfordshire, Cambridgeshire and Hertfordshire Major Crime Unit, who appeared on Crimewatch on Thursday May 30, to make a fresh appeal for information relating to a serious assault of a sexual nature has received several new leads as a result of the programme.

Detective Inspector Ruth Dodsworth from the unit appeared live on the programme to make a national appeal for information that may help identify the offender.

During the programme members of the public viewed a reconstruction of the incident which began at 6.55pm, when the victim who is in her late 20s, was leaving the Shell Petrol Station in Poynters Road, Dunstable. As she was driving off the forecourt a man opened the passenger door of her dark grey 4x4 vehicle and got in.

The man produced a knife and forced the victim to drive to Tomlinson Avenue, arriving a few minutes after 7pm. An assault of a serious sexual nature then took place at knifepoint. The attack lasted approximately fifteen minutes, during which time the victim sounded her car horn, and managed to switch on the internal light.

Despite being petrified during the assault, the victim fought back. She sustained injuries to her head and hands.

The programme also showed an artist’s impression in a hope that someone may be able to identify the offender together with further CCTV of a man who was seen in the Tomlinson Avenue area at around the time of the offence.

A condom, which had been left unopened by the offender in the victim’s car, was also shown during the appeal. DI Dodsworth explained during the programme - the condom - a Star’tex brand -   is unusual because it is not sold in the UK and after investigators made enquiries with its manufacturer it was confirmed that the batch this condom was from  had been sold in Belgium from December last year.

Detectives had already issued the CCTV footage of the man responsible from the service station forecourt and a picture of a mobile telephone similar to the victim’s which was stolen during the incident.

DI Dodsworth hopes that the Crimewatch reconstruction used during the programme, in front of a national audience, may help encourage people to come forward with information that may help identify the attacker.

The offender is described as being a white man with an olive complexion who spoke with a foreign accent, possibly Italian. He was around five feet ten inches to six feet tall and of slim to medium build with short stubble on his face. He was wearing dark trousers which had a logo on them or fluorescent markings (these marking were different on each leg), and short zips at the bottom on the outsides. He was also wearing a dark hooded jacket with the hood up and pulled tight round his face and ankle height boots.

Detective Inspector Ruth Dodsworth of the MCU, said: “With the help of the victim, who has shown great courage as this investigation has progressed, we have been able to use the information she has bravely shared with officers, to make this reconstruction. The investigating team have liaised with the victim to ensure she knew exactly what was being illustrated within the programme and the BBC Crimewatch production team were extremely sensitive to the victim’s needs. I cannot underestimate what a terrifying experience this was for the victim to deal with yet she continues to show extreme bravery.”

She continued: “As a result of the programme we have now received several new lines of investigation but I would still continue to appeal to anyone who can help identify the man shown in the CCTV or artist’s impression or anyone who has information relating to the condom, to come forward and speak with officers.”