Police have released a CCTV image of a man they want to speak to, after valuables were stolen from some changing rooms in Rushmere St Andrew, near Ipswich.

Two football teams were given a key to individual rooms at the sports centre in The Street back on Saturday November 1st. Sometime between 2 and 2:30pm that day a man, posing as a member of staff, approached a member of the team who was locking up.

He then offered to take the key and hand it back into reception, so the team member handed it over.  It was later discovered that phones and money had been stolen from inside.

Officers would like to speak to the man pictured as he may be able to assist with the enquiry. 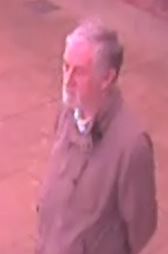 If you recognise the man above or if you have any information please call PC Matthew Hassall at Police Headquarters, Martlesham Heath on 101 quoting reference WO/14/1730, or Crimestoppers anonymously on 0800 555 111.