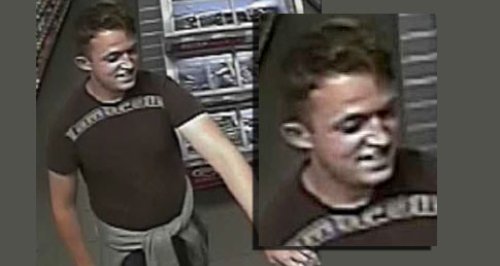 Police investigating the sexual assault of a woman in Stowmarket are releasing a CCTV image of a man they would like to speak to in connection with the incident.

The assault took place at around 12pm on Tuesday 17 June.

A 20-year-old woman was walking along a footpath between Windermere Road and Curwen Road, near to some garages when she was approached by a male who grabbed her and then sexually assaulted her.

The offender then walked off in the direction of Windermere Road. Immediately after the attack, the victim was assisted by a member of public who alerted the police.

Detectives have completed house-to-house enquiries in the immediate vicinity of the area where the attack took place and are continuing to work with the victim, who was left extremely shaken by the attack.

Police are issuing a CCTV image of a man they would like to speak to, who may be able to help with their enquiries. The man was seen inside the Londis store on Wolsey Road at around 12.15pm that day.

He is described as white, about 5ft 9ins tall, of medium to stocky build, with light brown or blond short, curly hair. He was wearing a light grey fleece top and blue jeans.