A12 And M11 To Benefit From Government Investment 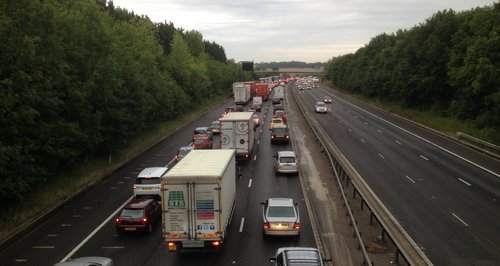 The Government has announced the A12 and M11 will benefit from a £15 billion scheme to upgrade 80 roads around the country.

The Government has announced the A12 and M11 will benefit from a £15 billion scheme to upgrade 80 roads around the country.

The plans will see a third lane built on the A12 between Colchester and Chelmsford, as well as rebuilding the A12/M25 junction and technology improvements along the whole route.

£50 million is going to be spent upgrading Junction 7 of the M11 at Harlow which is hoped will "make development easier and provide quicker access to and from the town".

It is part of a £1.5 billion package of investment for major roads in the East of England.

Transport Secretary, Patrick McLoughlin, will announce the improvements in the House of Commons today. He said: "Today I am setting out the biggest, boldest and most far-reaching roads programme for decades. It will dramatically improve the network and unlock Britain's economic potential.

"Roads are key to our nation's prosperity. For too long they have suffered from under-investment.

"This government has a long term plan to secure the country's future and this £15 billion roads programme is demonstration of that. It will directly benefit hardworking families across the East of England."

"I promised when I was in the East of England that we would address this area's economic needs for the future.

''Our long term economic plan means today we can invest £1.5 billion into the region's infrastructure to improve, repair and expand our roads.

"Our plans will transform some of the country's most important strategic routes.

"For years our roads have been neglected. Now that this government is fixing the economy, we can afford to invest properly in our roads - unlocking jobs and local growth by creating a road network that is fit for the 21st century."

Other roads in this region to be improved are: