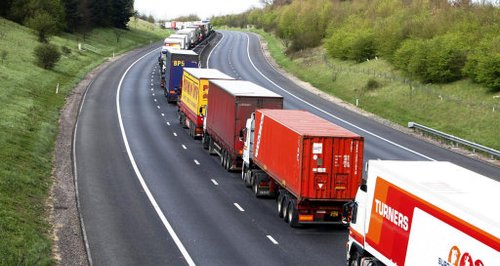 Essex Police say a lorry driver arrested over a fatal crash on the M11 in Essex has been released on bail.

The 49-year-old man from Stafford in Staffordshire had been questioned on suspicion of causing death by dangerous driving following yesterday's crash.

Two people died when three cars, a lorry and horsebox collided northbound between Harlow and Stansted at around 2.15pm yesterday (Thursday 15 May).

The two people who died are believed to be a 53-year-old man from the Netherlands and a 45-year-old woman from Kent, who were brother and sister.

Their family has been informed but they have not been formally identified.

They were in a Toyota car that was struck by other vehicles and collided with the rear of a Mercedes horse box, with five horses on board. The car caught light with the impact and sadly the occupants died at the scene.

Two people were taken to hospital. The 49-year-old driver of a Jaguar car from Romford received head injuries and remains under observation at Addenbrooke's Hospital and his passenger, a 23-year-old woman from Cyprus, who was catching a flight from Stansted Airport, was flown by air ambulance and remains in Addenbrooke's hospital at this time.

The drivers of a lorry, the horsebox and a Vauxhall van received minor injuries.

Anyone with information is asked to contact the Serious Collision Investigation unit on 101 or via email at collisionappeal@essex.pnn.police.uk