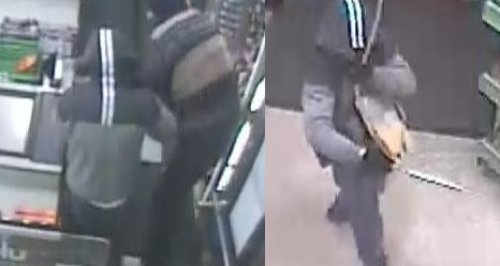 CCTV images have been released by detectives appealing to trace two men responsible for an armed robbery at a convenience store in Waltham Abbey.

Two men threatened staff members at the Sun Street Co-Op at about 5.20pm on Saturday, December 27.

They were armed with a golf club and what was believed to be a sledge hammer, before making off with a four-figure sum of cash from the tills.

The men are thought to have left the scene in a red Audi TT. Both were white and wore hooded tops, grey jogging bottoms and scarves covering their faces. One wore white trainers.