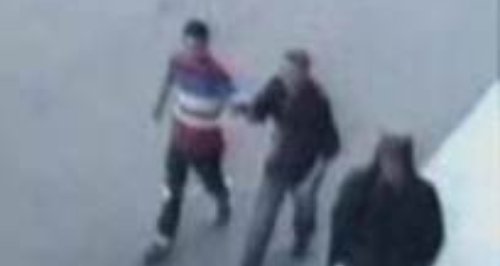 Essex Police have released a picture of three men they want to speak to following an assault in Basildon.

An 18-year-old man, from Basildon, as attacked by a group of about ten men on Town Square on Friday 1 September.

He was punched and kicked to the head and body causing a lump to his right eye area and a cut to the top of his head.

Anyone who recognises the men in the CCTV image is urged to contact Pc Steve Baker, or his colleagues at Basildon, on 101.