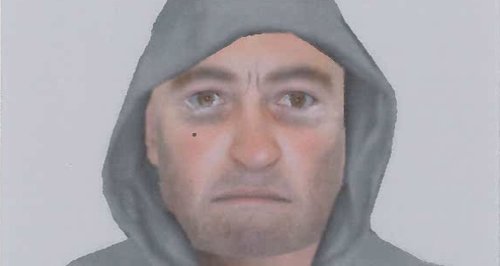 Police have released an efit of a man they are looking for after a teenager was assaulted in Basildon.

The 14-year-old girl was walking through Gloucester Park, at Broadmayne, when she was approached by a man.

He grabbed her arm and assaulted her before running off.

It happened near the north side of the fishing lake at about 8.50am on Wednesday 18 September.

Police say the girl was not injured but has been left very shaken and upset by what happened.

The suspect is described as a white male, and he was wearing a hooded top and grey tracksuit bottoms.

He also had a large gold ring on his right hand.

Anyone who recognises the man or who has any other information is asked to call Basildon CID on 101 or call Crimestoppers anonymously on 0800 555 111.