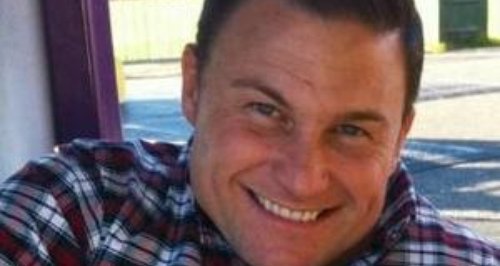 The family of a man who was found dead in undergrowth in Bishop's Stortford has paid tribute to him.

The family of Charles John Goodwin, who died in Bishop's Stortford, has paid tribute to "a very proud father".

The 36-year-old's body was discovered by police in undergrowth close to London Road on Sunday (6 April) following a report of concerns for welfare.

It is believed that Charles was driving a silver Vauxhall Insignia, with the registration number DN11 VBA, which was believed to have been abandoned by him at 12.25am in the Dell Lane area in Essex.

His death is currently being treated as unexplained.

Born to Shirley Rose and the late John Charles Goodwin, he was the youngest brother to Bradley, Spencer and Cheryl. Charles was born in Bishop’s Stortford and moved back to the town after spending a period of time in his childhood living outside Hertfordshire.

Football was one of Charles’ passions and he had a promising career as a footballer before working as a jeweller in the family business in London. Most recently he had worked as a painter and decorator.

Charles’ father was the late John Goodwin, who had owned Bishop’s Stortford Football Club for many years.

He leaves behind his daughter Tilly, 3, and his partner Cassie Brodie, aged 26.

Cassie said: “Charles was well known around the town and always had a smile on his face. More recently he was a devoted family man and a very proud father.”

Charles’ mother added Shirley Goodwin added: “Charles lit up our lives from the moment he arrived in this world on 14th November 1977. So precious and loved by everyone, Charles had the most infectious smile with a true and on-going zest for life. Adventurous and fun-loving, Charles enjoyed a happy childhood being adored by us all.

“With a great love of sport, Charles started his working life as a professional footballer at Charlton Athletic Football Club, then moving on to FC Porto in Portugal. He was also selected for and played in the Special Olympics where he received an England Cap making us all very proud – ‘Charlie Farley’ our little striker!

“Travelling to different parts of the world and living life to the full, Charles’ achievements in life were numerous although nothing could compare to becoming a dad! Charles treasured his little girl Tilly and was happiest spending time with her. It made us all so proud to see the loving dad that Charles became.

“In just 36 years Charles most definitely made his mark on the world and we all have so many memories of him that we will treasure forever.

“The loss of Charles has left a void so deep that it will never be filled; he was and is so loved by us all that we will forever carry him in our hearts. It is with the heaviest of hearts that we must say goodbye to our amazing boy; he brought us so much joy and happiness and we are so incredibly overcome with grief at losing him.”

Charles’ death is currently being treated as unexplained and detectives are investigating in order to establish the circumstances around it. Both Cassie and Shirley appealed for anyone with information to come forward.

Cassie said: “As it is still not known what exactly happened to Charles, we, his family would ask that if anyone saw him or knows of his whereabouts in the lead up to his death to please come forward and speak to the police. It is important that they piece together his final hours and help us understand what has happened to him.”

Shirley added: “If anyone has any information however small regarding the events leading to his untimely death in the early hours of Sunday morning, we implore you from the bottom of our hearts to please contact the police immediately.”