An Essex Commonwealth gold medalist is getting a cat named after him, to mark his achievement!

A stray cat at Battersea Dogs & Cats Home has a new sporting namesake in Alex Dowsett from Maldon, Essex, who won gold for Team England in the men's cycling time trial event at the Commonwealth Games in Glasgow. 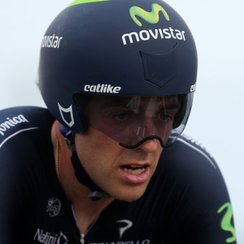 Battersea is naming some of its current 400 dogs and 250 cats after every Home Nations gold medallist at this year's Games. With so many animals like Alex looking for new homes, the charity is hoping potential new owners will want to rehome this special "Commonwealth resident."

Alex was found as a stray wandering around South London before being brought to Battersea.

Head of Operations Carly Whyborn says: "We really hope Alex will find a loving home and can celebrate our English champion's success with finding a new family. Alex definitely lives up to his namesake - he's agile, intelligent and he clearly has his eyes on the prize of a happy future. Here at Battersea we hope by naming some of our animals after our champion gold medallists it will give cats like Alex the second chance they're looking for and so deserve."