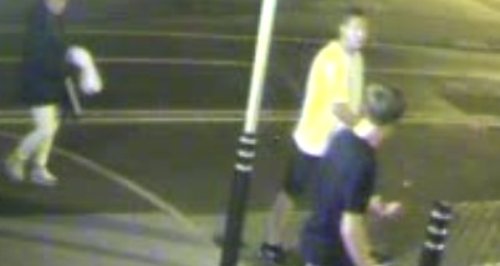 Police are appealing for help in tracing some people who may have information about the robbery of a man in Leigh.

Just after midnight on July 25, a 34-year-old man from Leigh was walking in Flemming Avenue when he was approached from behind and pushed. The suspects demanded his mobile phone and when he refused to hand it over he was struck in the face and fell to the ground, where he was kicked and his phone and wallet were taken.

The mobile phone was a silver HTC and the fabric wallet contained a small amount of cash.

Anyone who can identify the three people pictured is asked to contact Pc Victoria Leese at Southend police station on 101 or Crimestoppers on 0800 555 111.