Chelmsford: One Dead In A12 Crash 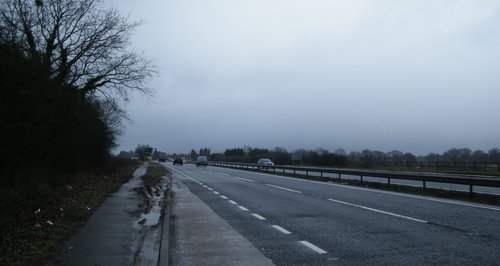 One man died and two others have been injured following a crash on the A12.

It happened at around 11.30pm yesterday (Sunday 6 April) on the northbound carriageway between Ingatestone and Margaretting.

Emergency services were called following reports that a car had left the northbound carriageway and struck a tree.

A man in his 20s from north London was pronounced dead at the scene.

Another man, also in his 20s, was taken to Broomfield Hospital and later transferred to Addenbrooke’s Hospital where he is being treated for life-threatening injuries.

The third man, also in his 20s, was taken to the Royal London Hospital with serious leg injuries.

The northbound carriageway was closed between Ingatestone and Margaretting until 5.45am today while the police investigation and recovery of the vehicle was carried out.

Any witnesses who have not yet contacted police should call the Essex Police Serious Collision Investigation Unit on 101 or email colllisionappeal@essex.pnn.police.uk