Colchester: Castle To Put Town 'On The Map' 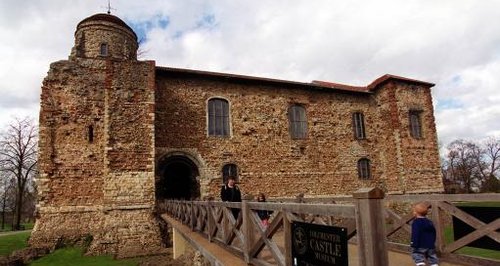 Heart's been given exclusive access to renovation work at Colchester Castle.

The museum, which is set to re-open in spring, will see a range of improvements including interactive activites, the introduction of underfloor heating and a new shop reception.

Community Safety and Culture Councillor Tim Young said: "It's fantastic that due to heritage lottery fund money, money from the european union, our own resources, friends of the colchester museum and other funders have given us the opportunity to do the first major refurbishment of Colchester Castle for a generation.

"It's one of the most strategically important historical buildings in the country and that's why it deserves to have one of the best museums included in it", he said.

The castle, which was finished in 1120, was once an important location in Roman and Norman Britain.

The new upgrades will attempt to the teach this history by using cutting-edge technology.

Senior Museum officer Bill Seaman said: "Whereas in the past, where we would have had an artist's impression that you then need to try and reconcile with the reality, here it's intuitive.

"You can breathe the history of the building through either the modern interventions, like the columns put in in the 1930s or the other display cases that we're putting in, telling perhaps a different part of the story at any one time", he said.