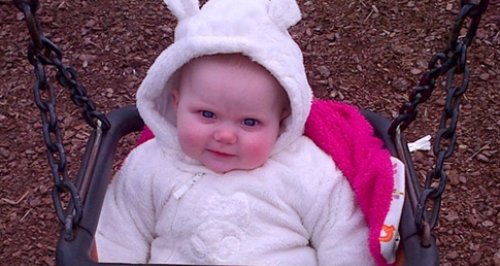 A mother from Colchester has paid tribute to her baby daughter who died in a car crash.

Her mother, who was taken to hospital with serious injuries, issued a statement describing her as a "shining star''.

She added: "We only had her for nine precious months but in this time she changed so many people's lives with her happy, smiley face.

"She had three precious sisters who adored her and would have done anything for her.

"Her gift of organ donation means she has saved other people's lives and we will take comfort from the fact she will live on because of this.

"She will be missed by many, her mummy and sisters will never forget her.''

The collision, between a Land Rover and a Hyundai, happened at around 9.40am on 23 August.

Three other children, all girls, were taken to hospital but have since been discharged.

Police said all of those injured were travelling in the Hyundai.

A 61-year-old man, from St Osyth, has been arrested in connection with the incident and is currently on police bail.

Witnesses are asked to contact the Serious Collision Investigation Unit on 101.