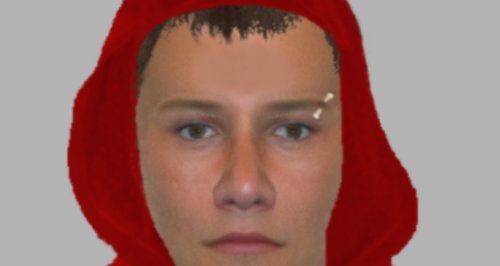 Detectives investigating the murder of Nahid Almanea in Colchester have released an efit of a man they would like to speak to.

The 31-year-odl Saudi student was stabbed 16 times on the Salary Brook Trail at 10.56am on Tuesday 17 June.

The image which has been issued of a man who has been described as seen running up Hewes Close, away from the Salary Brook Trail at that time.

He is white, aged between 18 and 25, of medium build and with dark hair. He was wearing a long sleeve plain hooded top that is described as London bus red and dark trousers.

Anyone with information about this man, or if you know who he is or if you think it could be you please call Essex Police on 01245 282103.

Crimestoppers has offered a reward of £10,000 to anyone with information that would lead to the arrest and conviction of the person or people responsible for the murder of Nahid Almanea.

Police are seeking to trace a number of people in connection with the investigation. All of their details and descriptions are on the Essex Police website.