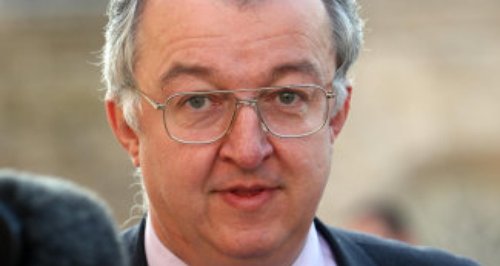 Concerns about "risks to mother and child" led social workers in Essex to apply for permission to deliver an unborn child by Caesarean section, a local authority said today.

Essex social services gave its side of the story for the first time after reports that the child was "forcibly removed" from a mentally-ill Italian woman made headlines.

Lawyers for the authority obtained a High Court order that allowed the woman to be forcibly sedated and her child to be taken from her womb, according to the Sunday Telegraph.

The baby girl, now 15 months old, is still in the care of social services, which is refusing to give her back to the mother, even though she claims to have made a full recovery.

In February, the mother, who had gone back to Italy, returned to Britain to request the return of her daughter, but a judge ruled that the child should be placed for adoption because of the risk that the woman might suffer a relapse.

Newspapers reported the woman came to Britain to attend a training course with an airline at Stansted Airport in Essex.

She had a panic attack, which her relations believe was due to her failure to take regular medication for an existing bipolar condition.

She was taken to a psychiatric facility and was restrained and sectioned. The county council said the mother was able to see her daughter on the day of birth and the following day.

Social services obtained an interim care order from the county court in August 2012 "because the mother was too unwell to care for her child''.

The mother had taken part in further care proceedings that ended in February this year with the ruling that the girl should be placed for adoption.

The mother applied to the Italian courts for the return of her child in May, but the Italian judiciary ruled she should remain in England. County court permission to place her for adoption was obtained in October, said the council.

"Historically, the mother has two other children which she is unable to care for due to orders made by the Italian authorities.

"In accordance with Essex County Council's Social Services practice social workers liaised extensively with the extended family before and after the birth of the baby, to establish if anyone could care for the child.''

Liberal Democrat MP John Hemming has taken up the mother's case and said today that members of his team "have been contacting the Italian embassy to find out what their position is on this issue''.

Mr Hemming said he intended to raise the case in Parliament and had contacted the mother this morning.

Case to be transferred to High Court

A spokesman for the Judiciary said later Sir James Munby, the President of the Family Division, has ordered the case transferred to the High Court.

The spokesman said: "The proceedings are not yet concluded. The President has ordered that the matter be transferred to the High Court and any further applications in respect of the child are to be heard by him.''

Mr Hemming said: "I welcome the transfer of the case from Chelmsford County Court to the High Court in front of the president of the family division.

"The appointment of the president of the family division was a very positive step and I am certain that any applications to him will be heard justly.

"I remain concerned that many decisions taken by the family courts are taken by the magistrates' court (the family proceedings court) and are then appealed to the county court.

"This means that domestic proceedings can be exhausted without a case getting out of the area in which it is considered.

"This means that there is never any public judgment and the case in the UK has come to an end. All that people can then do is to take their case to Strasbourg.''

He said: "The rules are straightforward when it comes to foreign nationals and care proceedings.

"The foreign country concerned should be contacted through their central authority (in Italy's case part of the Justice Ministry). This clearly did not happen and for this Essex County Council are clearly in the wrong.

"Essex have not managed to explain why no-one in the wider extended family was competent to look after the baby when they were already looking after two of her siblings.

"Additionally Essex have not explained why this baby was in their control to get adopted when the mother always intended to return to Italy.''