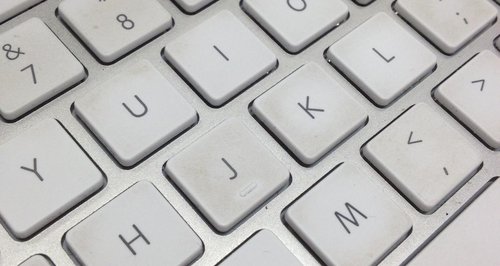 A street in Essex and another in Wales have been declared the slowest in the UK for broadband speeds in a new report.

The research, which was carried out by online comparison site uSwitch.com, found that Wheatley |Road in Stanford-le-Hope and Erw Fawr in Henryd in Wales, both registered an average download speed of 0.60 megabytes per second, which is 30 times slower than the UK national average.

Those results were 96 times slower than the street with the fastest download speed, Loundes Road in Unstone, Derbyshire, according to uSwitch.

Marie-Louise Abretti, a broadband expert at uSwitch.com, said: "There are still areas in the UK which experience broadband speeds so slow the service is negligible. At the same time, superfast broadband connections are becoming more widely available but - as our research suggests - these are clearly not being utilised.''

uSwitch's research found that only 15% of UK residents have access to a broadband connection of 30Mbps or higher, the speed which is required to earn the tag of "superfast'' as set out by the EU. uSwitch also quote figures from Ofcom in their findings that show that while 73% of the UK now have access to superfast broadband, their findings suggest fewer than 10% can utilise it.

According to the report, those living on the two slowest streets would have to wait more than 15 hours to download an HD-quality movie, while those on Loundes Road, the fastest, could download the same movie in less than 10 minutes.

"More needs to be done to increase awareness of availability and cost. Superfast broadband isn't as expensive as some users might think, with prices starting at #16 per month plus #15 for line rental,'' said Abretti.

"Paying line rental upfront can result in savings of around #50 per year and many of the providers have introductory offers. So, for households in the slow lane, superfast broadband could be well worth considering.

"Broadband is now widely considered the fourth utility, but our speed test data shows that not everyone is getting a decent service.

"Poor connectivity can severely affect local businesses, impact house prices and children's education, which is why it's crucial the Government keeps its eye on the ball when it comes to improving UK broadband infrastructure, particularly in remote rural areas.''

The report comes just days after technology business leaders met in London to discuss how to improve the UK's position within the technology sector, including calls for the Government to push more children into technology careers from a young age.

“In Essex, BDUK, Essex County Council and BT are jointly investing £24.6m into the Superfast Essex programme to roll out fibre broadband from 2014 to 2016 to areas not already included in the commercial rollout by BT. Improving broadband is important for business growth and day-to-day living in the modern world.

Our aim is to improve broadband coverage in the county so that more than 87 per cent of Essex has access to fibre broadband by the end of 2016. We want to ensure that a minimum of 2Mbps download speed is available across Essex, and that the fibre network – with the potential to provide superfast speeds (24Mbps and above) – is extended as much as possible with the available funding.

“Five of the six streets identified by U-Switch as receiving the slowest speeds in Essex are already programmed to receive fibre either as part of the BT commercial rollout or the Superfast Essex programme.

“BT have confirmed to ECC that Wheatley Road in Stanford le Hope was upgraded to superfast fibre connectivity in 2010 as part of the BT commercial rollout. It is likely that the residential properties in that area which are experiencing slow speeds would benefit from a change in service provider or package to take advantage of faster speeds already available. As well as delivering the expansion of the fibre network, the Superfast Essex programme is also working to provide information to residents on how they can take up the faster services available in their community.