Essex: Trains To Get Major Upgrade 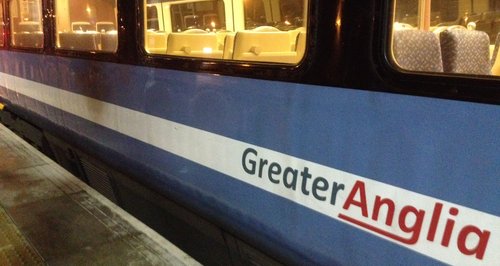 Major plans to upgrade trains on the London line have been announced.

The announcement reveals that current rolling stock will be upgraded, involving: power points; new carpets; new seat covers; new lighting; CET (Controlled Emission Toilets); and the interior of trains re-painted (including toilets).  This is an important and symbolic achievement for the taskforce.

The upgrade is one of the tragets a taskforce was campaigning for in their bid to improve the service for commuters.

Witham MP Priti Patel is part of the taskforce. She said: "Today's announcement of the refresh of rolling stock will be welcomed by commuters in Essex. This investment will keep ensure that commuters can have access to modernised trains to travel in and state of the art facilities.

"By campaigning together with one voice across the East of England we've been able to secure these improvements. Through the ongoing work of the Great Eastern Main Line Rail Taskforce, commuters can be confident that more improvements will follow."

Chairman of New Anglia LEP (Local Enterprise Partnership) Mark Pendlington said: "This very welcome new investment in the quality of our rail service is the best possible news for passengers, and provides a real boost for all those who see a top performing transport system as fundamental to business success.

"This is a turning point after years of under investment in rail in the East, and encourages us all in our campaign to achieve even greater improvements in the vital rail services that serve all parts of this area."

It has also been announced that Greater Anglia, which runs the trains, have had their fanchise extended for the next 27 months.

The train company is also going to provide more weekday off peak services between Stansted airport and Cambridge.