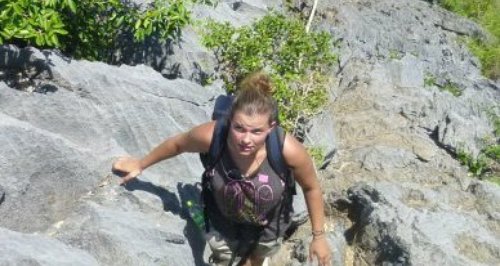 The parents of an Essex woman, who died after drinking contaminated gin in Indonesia, have told Heart they want others to be aware of the dangers.

Beautician Cheznye Emmons, from Great Wakering, died after drinking gin which had been mixed with methanol while travelling with her boyfriend Joe Cook in April last year.

An inquest in Chelmsford heard the 23-year-old bought the drink from a shop in northern Sumatra.

She was rushed to hospital though after experiencing sudden blindness and convulsions and died five days later.

Outside the hearing, her family have told Heart how they have set up the Save a Life Campaign to prevent other families experiencing such heartbreak.

Mother Pamela Emmons described her daughter as "lively and outgoing''.

She added: "She was focused on what she wanted to do with her life. She had lots of friends and had raised money for charity.

"It was like having a chunk of your heart ripped out but we know that she'd be proud of what we're doing to try to save lives.''

Father Brenton Emmons said: "In a lot of these countries they mix methanol with spirits and wine without a thought for the dangers.

"It's very hard to tell the difference - sometimes there are bits floating in it, sometimes it might smell funny.

"This is being sold in shops, restaurants and bars - places where you might think it is safe. But the message is really 'stick to beer' because otherwise you don't know what risk you are taking.''

The family soon hope to distribute 20,000 posters highlighting the dangers to doctors' surgeries.

Because of how such deaths are recorded abroad, the family say it is impossible to know how many others have died in the same way.

Mr Emmons said that since launching the campaign they have become aware of hundreds of other cases of people falling ill, with some dying.

"The problem is the symptoms of methanol poisoning are a lot like a hangover and people think they can just sleep it off,'' he added. "That's what Cheznye tried to do and she died as a result.''

Ms Emmons was on a six-month trip travelling around Thailand, Indonesia and Malaysia. She had been staying in the local Rain Forrest Lodge when she fell ill, the inquest heard.

She said: "It is clear that she went off travelling expecting to enjoy life and to learn. Sadly this ended in her tragic death.''