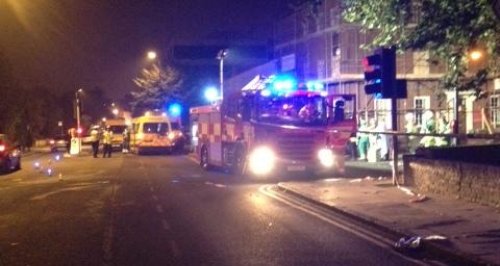 Police investigating a chemical leak in Chelmsford have arrested a man.

He is being questioned on suspicion of being concerned in manufacturing drugs.

Firefighters, the hazardous area response team, paramedics and police were called to New London Road just before 5:30pm yesterday (Wednesday 2 October) to find a number of open containers had leaked chemicals and workers in the area reported feeling unwell.

The chemicals were removed and the building was evacuated.

Five people who became unwell were then taken to Broomfield Hospital.

Officers discovered further chemicals believed to be connected to drugs production at an address on North Avenue.

Part of the road has been closed as the chemicals are removed.