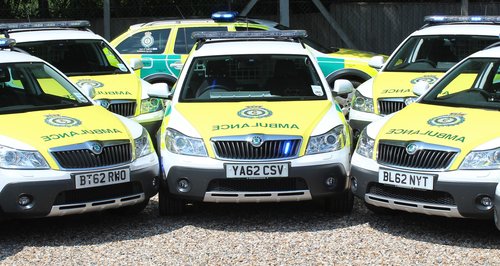 A man has suffered neck and chest injuries after being crushed by a forklift truck in Leigh-on-Sea.

Paramedics were called to the High Street in Old Leigh at 2.38pm yesterday (Monday, 20 January) to reports of a truck that had toppled over and trapped a person's neck.

The East of England Ambulance Service NHS Trust (EEAST) dispatched a rapid response vehicle, ambulance, paramedic officer and the Herts Air Ambulance to the scene treating a man in his 20s for suspected neck and chest injuries.

The patient, who is thought to be in a stable condition, was airlifted to the Royal London Hospital for further treatment.

"The man was unconscious on our arrival, and emergency crews worked hard to stabilise him so that he could be airlifted to hospital."