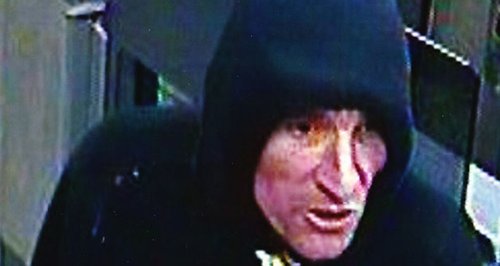 A man has been seriously assaulted by two men at Debden tube station in Loughton.

British Transport Police are looking for two men after a man was sprayed in the face with a toxic substance and seriously assaulted.

It happened at around 9.15pm on Sunday (16 February) at Debden tube station.

Investigating officer Detective Sergeant Fin Egan said: "A verbal altercation took place between the 31-year-old victim, from Woodford in Essex, and a group of men outside the station.

"One of the men then approached the victim inside the station and sprayed a noxious substance in his face, before fleeing when the station supervisor intervened.

"As the victim made his way up the stairs of the footbridge, a second man ran up to him and punched him in the head. The man then pushed the victim down the stairs and ran out of the station."

Investigators are carrying out several lines of enquiry, including viewing CCTV footage from in and around Debden tube station.

Officers are now calling on the public to help identify two men they want to speak to in connection with the incident.

DS Egan added: "This was a serious assault that left the victim with a serious knee injury that required surgery, as well as cuts to his face and head.

"Violence on the Tube and rail network is completely unacceptable and we will do everything we can to bring offenders to justice.

"I'm urging anyone who recognises the men pictured, or has any information that could assist with the investigation, to please contact us."